Europe vs. USA: Who wins in Internet? 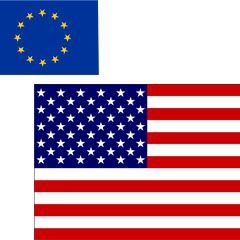 Internet, SEO, Marketing… What’s the most interesting in this game?

A December 2011 study developed by Eurostat, a statistical bureau from the EU Union pointed to the fact that almost one of each 4 EU Community citizens (27 members) never used Internet. Like we can see, all the other facts don’t count: no Internet, no Internet Marketing, no Social Media, no e-commers… nothing.

But these data that seem dreadful need a bit complicated analysis.

An enormous advance From these years folk who had not Internet access at home reduced from 42% of the whole European population until 24%.

In 2011 there were serious info by nations.

They are at the very top of the share. In the other hand we have:

They are at the bottom of the list.And these numbers are really, really low for countries in the «First Wotld».

NCTA (National Cable and Telecommunication Association) declared that Cable High Speed Internet Availability to U.S. Homes (June 2011) was 93%, that is, 1,248 million people like we are able to see in the NCTA research of SNL Kagan and Census Bureau estimates.

Contrast with Europe is important.These are European leaders:

These countries registered the highest share of broadband connections in 2011 and every one of them were a great distance from the United States. We aren’t talking about Romania 31%, Bulgaria 40% and Greece 45%, that had the lowest averages but the highest scores.

No European country is at the USA level.

What about the use

It’s also interesting. Eurostat afirms that in 2011 the highest proportions of people that had not employed the Internet were observed in Romania 54 of individuals aged 16-74

Is Europe losing the race against USA? With this data that’s more than a serious possibility.

This website uses cookies to improve your experience while you navigate through the website. Out of these, the cookies that are categorized as necessary are stored on your browser as they are essential for the working of basic functionalities of the website. We also use third-party cookies that help us analyze and understand how you use this website. These cookies will be stored in your browser only with your consent. You also have the option to opt-out of these cookies. But opting out of some of these cookies may affect your browsing experience.
Necessary Siempre activado
Necessary cookies are absolutely essential for the website to function properly. This category only includes cookies that ensures basic functionalities and security features of the website. These cookies do not store any personal information.
Non-necessary
Any cookies that may not be particularly necessary for the website to function and is used specifically to collect user personal data via analytics, ads, other embedded contents are termed as non-necessary cookies. It is mandatory to procure user consent prior to running these cookies on your website.
GUARDAR Y ACEPTAR